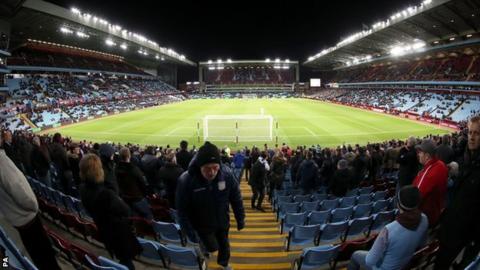 Romelu Lukaku made it 3-0 before Rudy Gestede headed a consolation for Villa.

The result leaves the home side eight points from safety with 10 games left.

Fans vent their anger at Lerner

Mathematically, Villa can still avoid a first relegation since 1987.

Yet with five of their remaining 10 games against Manchester City (away), Tottenham (home), Chelsea (home), Manchester United (away) and Arsenal (away), they have their work cut out to avoid the drop.

Muhammad Ali: Lennox Lewis and Will Smith to carry coffin at funeral