The American said the club’s “desperate existence is totally unacceptable, unbearable and totally incompatible with Villa’s glorious past”.

Villa, who are without a manager, have won only three league games this season and two directors quit this week after falling out with the billionaire owner. 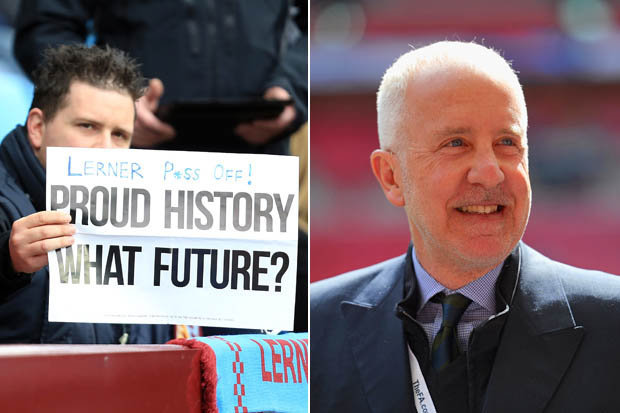 “I believe in Aston Villa and know it will come back stronger,” Lerner added.

“Memories of Acorns on the shirt, and Ashley Young scoring a late winner against Everton still romantically nourish me.”

The logo of Acorns Children’s Hospice was carried on the team’s shirts for free during the 2008-09 season.

Lerner, who put Villa up for sale in May 2014, said he will continue “to try to put the club into worthy hands” and “do my best to position Villa for the quickest possible return to its rightful place among England’s elite”.

Injured Federer out for rest of season