International football player Alan Pulido has been rescued in north-east Mexico hours after he was kidnapped, officials say.

Pulido, 25, appeared with a bandaged hand and told reporters he was “very well”.

Officials said the rescue operation was carried out on Sunday night, without giving more details.

The striker plays for the Greek team Olympiakos and has made several appearances for Mexico’s national team.

Pulido was kidnapped in Ciudad Victoria, in Tamaulipas state, on Saturday night, officials said in a statement (in Spanish).

Earlier reports said his abduction had taken place in the early hours of Sunday.

He had left a party with his girlfriend when their car was surrounded by several trucks, local media reported.

Six masked men reportedly took the striker away “by force” while his girlfriend was left unharmed in the car park where the incident took place.

Authorities did not give details of the rescue operation, which included federal and local officials.

Appearing outside a police office in the early hours of Monday, the player told reporters: “[I am] very well, thank God.” 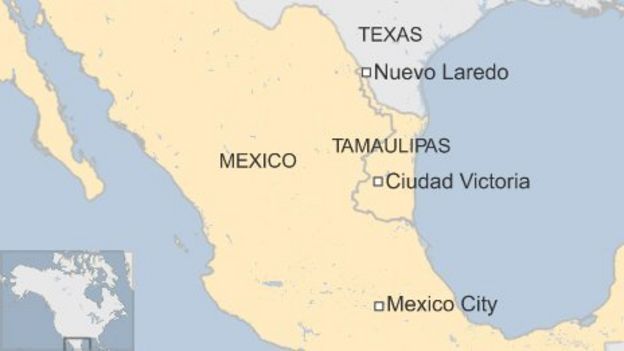 Tamaulipas Governor, Egidio Torre Cantu, said: “The most important thing is that he is here, he is with us, and that’s what we want to tell you.

Tamaulipas is one of Mexico’s most violent states, and Mexico recently deployed more security forces to tackle cartels operating in the area.

The country has one of the world’s highest kidnapping rates, with government figures saying some 1,000 people are abducted every year.

Others argue that the true figure could be almost 10 times as high. 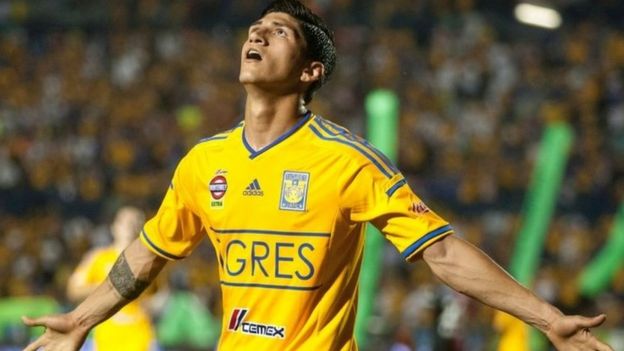 He was part of Mexico’s squad at the 2014 World Cup in Brazil, but was not called up for the upcoming Copa America tournament.