A 53-year-old man remains in a critical condition after he was attacked outside Anfield before Liverpool’s Champions League semi-final against Roma.

Two men from Rome, aged 25 and 26, have been arrested on suspicion of attempted murder, Merseyside Police said.

The victim, thought to be a Liverpool fan from Ireland, has a head injury and is being treated in hospital. 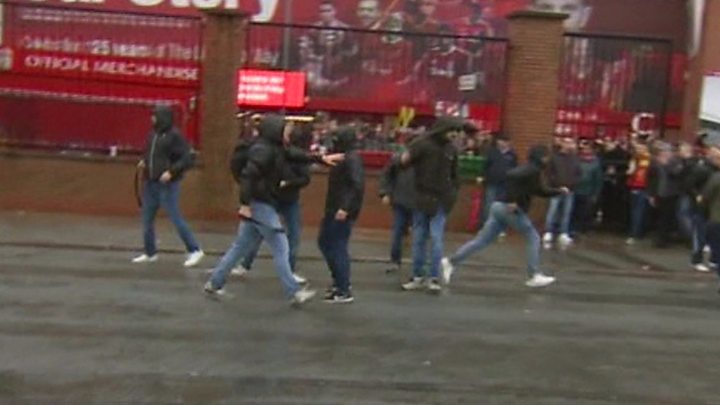 In a statement, Liverpool FC said it was “shocked and appalled” and would be offering the victim “our full support”.

The attack happened outside The Albert pub in Walton Breck Road at about 19:35 BST on Tuesday – 10 minutes before kick-off.

Det Insp Paul Speight said: “Witnesses report that the victim was hit with a belt and then fell to the ground.

“His condition is currently described as critical and his next of kin have been informed.”

It is not known from where on the island of Ireland the victim comes.

Djokovic shocked after beaten in second round by Martin Klizan