China wants to be a “world football superpower” by 2050 and aims to develop a national team capable of winning the World Cup.

So who are the people shaping that government-led vision? And how are they setting about making a bold declaration become a reality.

After managing the likes of England, Manchester City and Roma, Sven-Goran Eriksson moved to China in 2013 to coach Chinese Super League (CSL) side Guangzhou R&F. He joined Shanghai SIPG a year later.

Sitting down in a central Shanghai hotel the night before a CSL match against his old club, he reflects on how the sport has radically grown during his time in the country.

“Three years ago it was not like this. The football was OK. But this season it’s gone crazy, totally crazy,” he says.

“One of the reasons for that is the government. The president of the country is pushing for football. 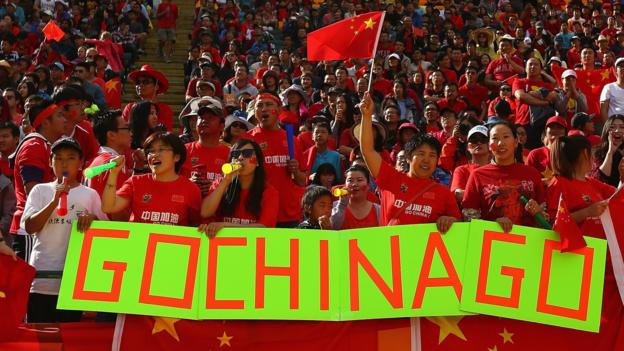 Samuel Eto’o gets married in Italy

Tiger woods has suffered a setback on his comeback after injury