Hernanes and Simone Zaza scored the goals as Juventus extended their club record for successive home clean sheets to 10.

They were crowned champions for the fifth season in a row on Monday when Napoli, their closest challengers, lost to Roma.

And their players celebrated with fans after maintaining their stunning form. 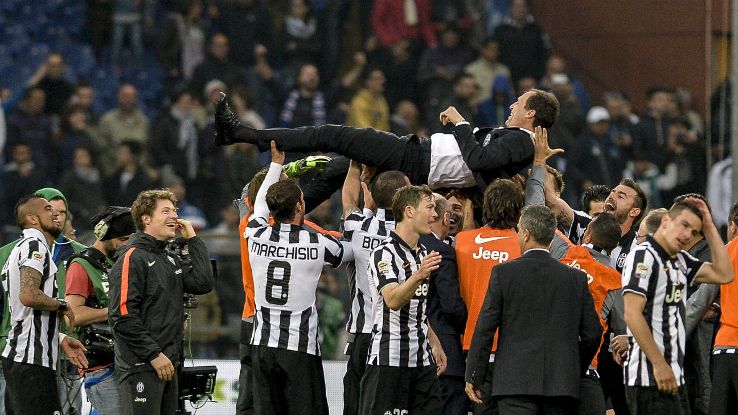 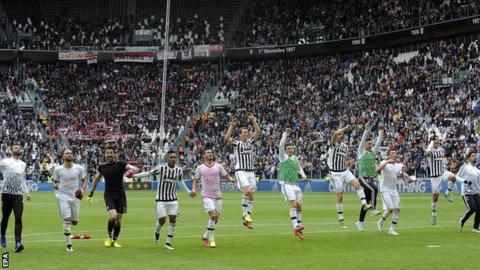 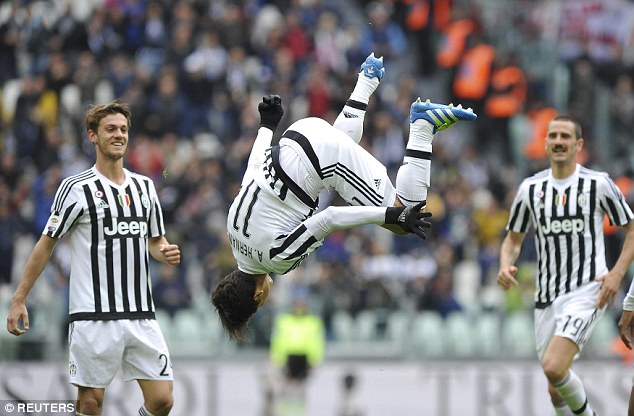 They can complete a double by beating AC Milan in the Italian cup final on 21 May.

“I am happy with the win,” Allegri said. “It was a good one to get because the crowd was smaller than usual, after the celebrations and such.

“It pleased me that we did not concede a goal. Now we are thinking about the last two games and then the Coppa Italia final, which we are all looking forward to.”

Another Record For Serena Williams