The American, 34, coped with a gusty wind on Centre Court to win 7-5 6-3 and equal Steffi Graf’s Open era record of major titles.

Kerber had beaten Williams in the Australian Open final in January but could not produce another shock.

Williams ends a losing run at Slams stretching back to Wimbledon last year. 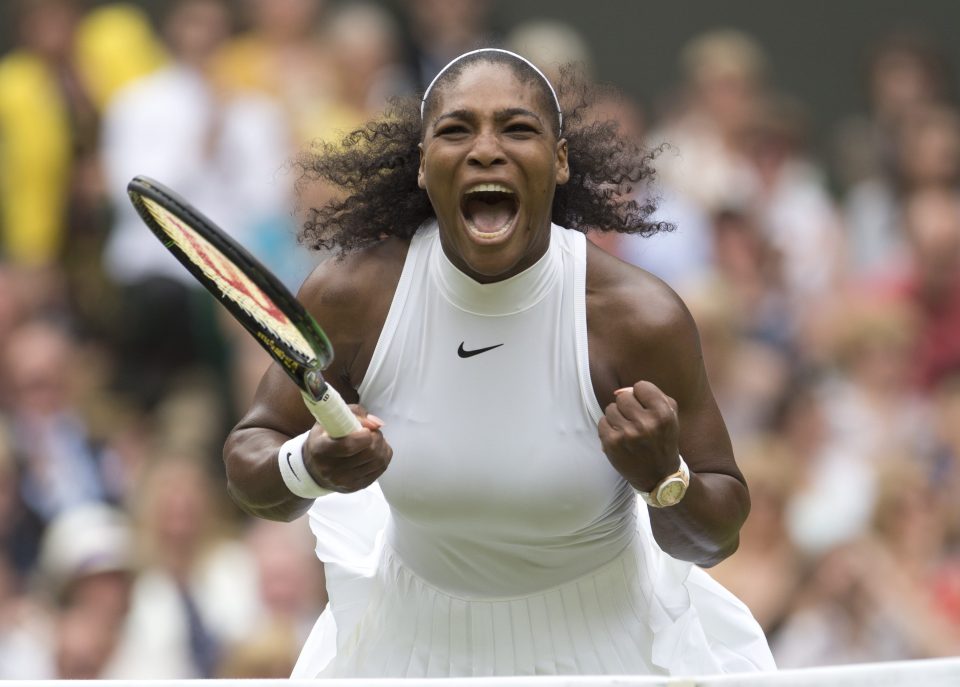 Fourteen years since she first won Wimbledon, Williams claimed the title for a seventh time after dropping just one set all tournament.

The world number one banished memories of last year, when she fell two matches short of a historic calendar Grand Slam, and of losing in the Australian and French Open finals this year.

“It’s been incredibly difficult not to think about it,” she said of finally winning number 22.

“It makes the victory even sweeter to know how hard I worked hard for it.

“This court definitely feels like home, I have a match later today in the doubles, so I’ll be back out.”

Williams moves alongside German great Graf in the all-time list of Grand Slam singles champions, and just two behind overall leader Margaret Court, the Australian who won 13 of her 24 major titles before tennis turned professional in 1968.

Williams had tried and failed three times to win her 22nd major title but she finally got over the line with a performance that owed as much to nerve as to skill.

Kerber, 28, was the outsider but buoyed by her win over Williams in Melbourne, and the swirling wind added another element of uncertainty to the final.

The German’s serve was under pressure immediately but after she saw off three break points in the second game, Kerber managed to contain Williams for the most part with her relentless hitting from corner to corner.

A pumped-up Williams roared in celebration after one lunging volley, and again when three serves got her out of trouble at 5-5, and it was Kerber’s resistance which broke first.

After a carefully managed 12 games the German made only her fourth and fifth errors of the set to fall 15-40 behind, before Williams converted her second set point with a thumping backhand into the corner.

Kerber was not about to fold, however, finally earning her first break point of the match at 3-3 in the second set after one hour and 13 minutes – only to watch as Williams hammered a 117mph ace out wide.

And moments later an engrossing final came to a sudden end.

Kerber mis-hit a backhand to drop serve and Williams then powered through her final service game, punching away a forehand volley on match point and falling back on to the Centre Court turf.

#Arsenaltruefans: Here’s Your Chance to Watch a Live Game at the Emirates Stadium.