Venus Williams faces a wrongful death lawsuit from the family of a man who died in a Florida car crash involving the tennis star, says a lawyer.

The 78-year-old man suffered “massive” fatal injuries from the 9 June collision in Palm Beach Gardens city, an attorney for his widow says.

According to police, Ms Williams was at fault for the traffic accident, which caused the death of Jerome Barson.

The 37-year-old is due to make her 20th appearance at Wimbledon on Monday.

According to the police report, Linda Barson told police she was driving with her husband, Jerome, in the passenger seat of their 2016 Hyundai Accent at the time of the collision.

Mrs Barson told police that as they passed through an intersection on a green light, Ms Williams’ 2010 Toyota Sequoia cut across in front of their car. 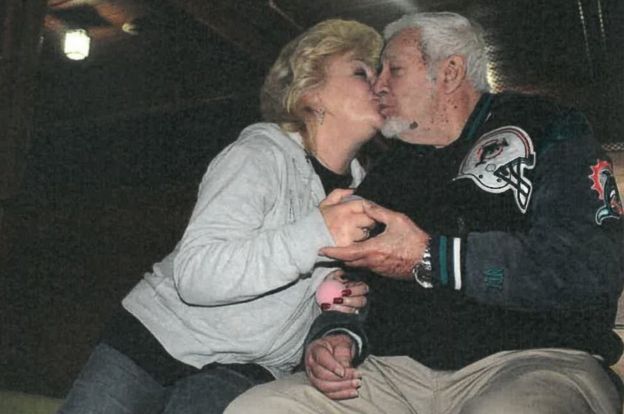 Ms Williams told police she became stuck in the middle of the intersection because of other traffic, according to the report.

“Her husband of 35 years was struck by Venus Williams, who was at fault in a car accident, which ultimately resulted in Mr Barson being hospitalised 14 days with multiple surgeries which resulted in his death.”

The Barsons’ car was “crushed, the front windshield shattered, the airbags deployed, there was crush damage to the rear on the driver’s side, and the back window was shattered”, the lawsuit states.

The lawyer added: “At this point, we are attempting to both preserve the evidence and gain access to evidence.”

Mrs Barson was also admitted to hospital after the crash.

Ms Williams was not hurt.

According to a police report obtained by US media, Ms Williams “is at fault for violating the right of way of” the Barsons’ vehicle.

Ms Williams’ car suddenly darted into their path and was unable to clear the junction in time due to traffic jams, witnesses told police.

The police incident report says that the estimated speed of Ms Williams’ vehicle at the time was 5mph (8km/h).

In a statement to US media, the tennis star’s lawyer, Malcolm Cunningham, said: “Ms Williams entered the intersection on a green light.

“Authorities did not issue Ms Williams with any citations or traffic violations.

“This is an unfortunate accident and Venus expresses her deepest condolences to the family who lost a loved one.”

The accident occurred just days after the seven-time Grand Slam champion was eliminated from the French Open.

She has not been criminally charged.

Ms Williams is currently in London to train for the Wimbledon tournament, which she has won five times – most recently in 2008.

The All England Club tournament begins on Monday.

The ‘fire’ wasn’t there any more for retired Klitschko, says manager

Antonio Conte to stay despite defeat at Watford

All eyes on Aubameyang as Arsenal hover